I Found A Baby Bird, Now What?

This time of year, we get a lot of calls and visits from people who are worried about baby birds in their yards. Does it need your help? How can you protect it? Should you pick it up or leave it alone?

Well, the answer to that depends on the type of baby bird it is. Nestlings will need help, but fledglings can fend for themselves with very little intervention.

First, you need to figure out what kind of baby it is:

1. What kind of feathers does the baby have? 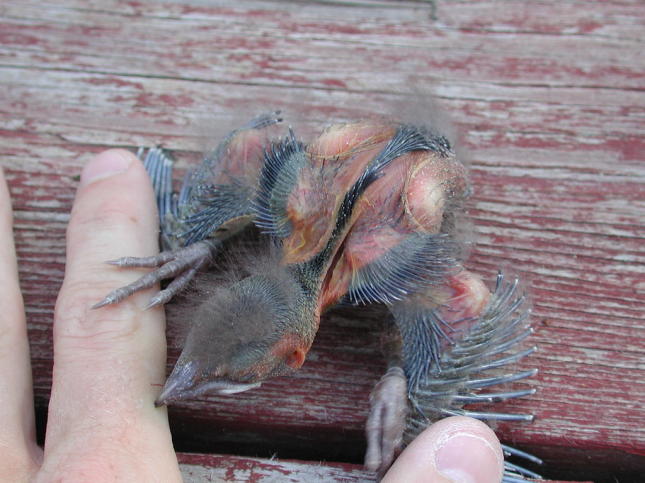 Nestlings are very young babies and tend to not have any adult feathers whatsoever. They will typically have a pink rump and pin feathers with a few fluffy downy feathers. Sometimes they look like little pink aliens. These birds are not ready to be out of the nest yet and are not very good at regulating their own temperature because of their lack of feathers. 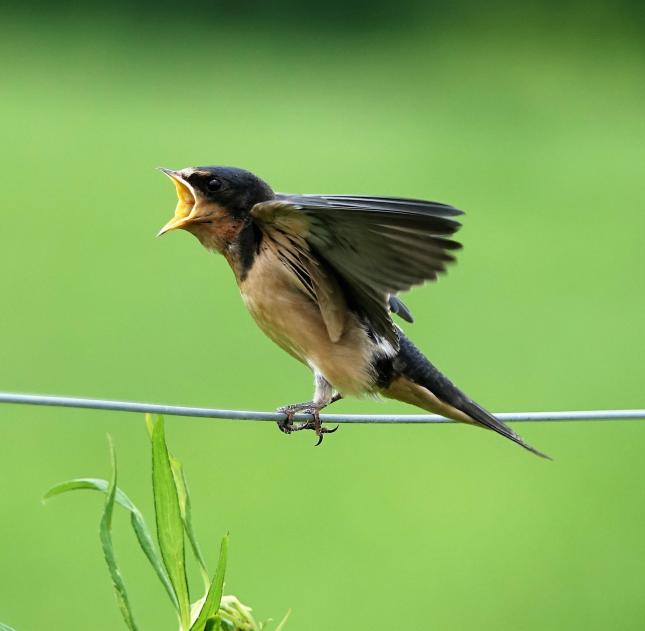 Fledglings have some fully-formed feathers with down feathers poking through. These babies are adorable, fluffy, and cute. They also are more likely to be flapping their wings and screaming for their parents to come feed them.

2. How is it moving around?

Nestlings are not meant to move around much, they're usually stuck in a nest until they develop better motor control. Nestlings on the ground will typically pull themselves around by their wings instead of walking or hopping. They "army crawl," usually heading for a sheltered spot to avoid predators.

Fledglings are entirely mobile, walking and hopping around on the ground as they try to learn to fly. Sometimes they'll sit still for a long time while they get their bearings. If you pick up a baby and it clings to your finger or sits up, it's a fledgling.

Then, you have to figure out what the situation is:

3. Do you notice anything that might signal that it's wounded?

Whether it's a nestling or a fledgling, if it's wounded, it will need help. Broken wings, wet spots, and flies are all signs that the bird may be wounded. Also, if it is brought to you by a pet, it is probably wounded, even if you can't see blood. No matter the age, wounded birds must go to rehabilitation. You can see all of the Indiana approved wildlife rehabilitators here.

4. Do you see any parents around?

The myth that birds won't take care of their babies after you touch them is completely unfounded. Birds will not abandon a baby just because it smells like a human.

If the bird is a nestling, look for its parents; they're usually near its nest. If you can, return it to its nest where the parents can take care of it. If the nest is too high or too hard to find, create your own and put the baby in it up high in a tree or bush. A good fake nest can be a strawberry basket with t-shirt scraps, a towel, or even straw in it. Almost anything soft will work, but don't use dryer lint! Dryer lint has chemicals that can irritate the baby's unprotected skin and dehydrate them.

If the bird is a fledgling, leave it where it is an keep an eye out for the parents to come visit it. If they don't come after an hour or two, call a rehabilitator (see link above) for advice. Most times, fledglings just need time to acclimate and figure out how their wings work. If you're concerned about predators like outdoor cats finding the baby, move it somewhere sheltered like under a bush or tree.

Things not to do:

Depending on the age of the bird, it may or may not be ready to eat birdseed yet. Many rehabilitators receive baby birds that have aspirated seeds because a worried human tried to feed them. Unless you have been directly instructed to feed them by a rehabilitator, just give them water.

Mom and Dad cannot help take care of the baby once you take it inside. By removing it from it's parents, the baby is at much higher risk than before. Sometimes a rehabilitator will tell you to put the baby in a dark, ventilated box until they can come pick it up, but you shouldn't do that unless specifically instructed to.